I Am Élan Parlē: A declaration of Independence 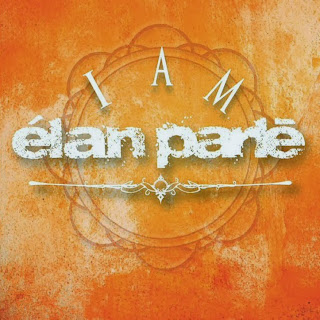 In 2000, I was living in the US capital, Washington DC, some five hours driving south on the I-95 from the mecca of Caribbean –American cultural existence, New York, and five hours flying north from Trinidad; remote, yet within reach. Howard University, Georgia Avenue, the T&T Embassy on Massachusetts Avenue: district landmarks of connectedness for a homesick soul. Caribbean musical heritage peppers the shelves of the Library of Congress, at the Smithsonian Institution, in the many book stores and those ubiquitous mementos from that age, the record & CD store. The sounds of Trinidad, the echoes of having fun were silently present in this international city.


Unknown to me at that time, Michael “Ming” Low Chew Tung and his band/brand élan parlē launched its debut CD collection of tunes, Tribal Voices, which signalled a changing of the guard with regards to that fusion exercise begun in the Caribbean region called Calypso Jazz. When I got hold of that CD, a sense of chauvinistic pride came over me at that exact moment. I wrote a fan letter—a first for me—with obsequious deference to this music producer who equalled, in my ears, the ambition of many others to create a sound that was on par with anything played on jazz radio in the US. “Here, at last, is the sound of a modern Caribbean jazz that will make it. Sonic clarity in production, superb and memorable song writing are hallmarks. This is it!” And he did it right there in Trinidad. I was instantly and forever a fan. The sounds of Trinidad, the echoes of having fun were less silent.

In 2013, I am living in Trinidad. Ming re-affirms his brand with the declaratively titled, I Am Élan Parlē. This new CD marks the continuation of the search for both an artistic and commercial response to the idea of innovation and improvisation in Caribbean music. Ming, I discovered earlier, is part of that lineage of great Queen’s Royal College alumni, that school being a locus of the development of calypso jazz in the 1960s. He forged bonds with earlier generations of musicians there to advance that idiom’s evolution into the 21st century.

élan parlē’s output in those intervening years—six CDs of mainly original music—signalled a growing maturity in conceptualisation and execution that persists with this CD. First impressions lead the listener to recognise that while the aesthetic of I Am Élan Parlē says Caribbean elegance, the nuanced use of influences beyond the boundary are obvious. I am here, yet I am there. There is exaltation in the use of non-common time signatures. There is elation in the word-play in song titles. There is excitement in the joy of improvisation. The sounds of Trinidad, the echoes of having fun are resonant.

I Am Élan Parlē is recognition of the crossroad arrived at after more than a decade creating and recording music in the Caribbean. The vision of Ming for the band in its genesis was clear: “élan parlé, [is] artistically interpreted to mean ‘spirited conversations.’ These spirited conversations are often spoken in a Caribbean dialect, discussing World issues, but from a Caribbean perspective.” The Caribbean perspective is now global. The Caribbean dialect is undiminished. That accent is now popular and sexy. A new definition of Calypso Jazz is announced in the music of this CD. I am élan parlē because I am the world!