Islands in the Caribbean have been fertile spaces for the evolution of global talent. Caribbean music has played a major role in the development of popular music worldwide, and the building blocks of those island music industries must be the singers and musicians who make all this music. Female singers of pedigree have been spotted in these islands and have used their skill to carve out careers in the world, with varying success. Tony Award winner Heather Headley from Trinidad, and Barbados-bred superstar Rihanna easily come to mind as artists who were incubated in the islands to grow and succeed in the rest of the world.
Peculiar to Trinidad and Tobago is the yearning to be something different. The idea of being a globally popular soca singer has a grip on many female singers there, but there is an equally persistent belief that singing genres outside of the circumscribed diaspora Carnival circuit would pay greater dividends in the long run. As an aside, Calypso Rose’s six-decade career in calypso with accolades still accruing, however, is noticeably not seen as a signpost for modern success for some, but there are others who see her career as inspiration.
Read more »
Posted by Nigel A. Campbell at 02:41 No comments: 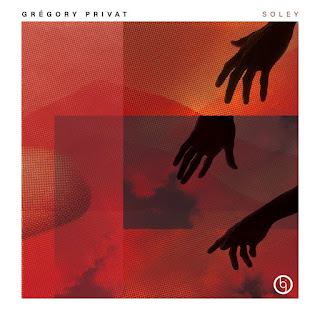 Martiniquan pianist Grégory Privat continues his elegant exploration of Creole jazz with this follow-up to his recent album Family Tree. This new album of trio music, with collaborators Canadian Chris Jennings on double bass and fellow Martiniquan Tilo Bertholo on drums, sparkles with a new energy, as it incorporates electronics and allows Privat the opportunity to sing. Fifteen tracks draw on the richness of Creole jazz heritage in the French Antilles, and juxtapose those aesthetic elements with sounds that can only exist in a synthetic medium, to enrich the band’s playing. Privat tells us that SOLEY is “a concept of Spirituality, Optimism, Light, and Energy (coming to) You.” The album represents continued mastery of technique and dynamics on the piano, and a full understanding of the Creole perspective. There is a sense of experimentation on this record, pointing to the idea that this music can be catharsis and spiritual haven: jazz illuminated and elevated.