Six days into 2022, and we as a nation have lost two calypsonians of different generations who added to the canon at opposite ends of the season, one founding man-of-words who gave the rapso movement flight and permanence, and now this. Clive ‘Zanda’ Alexander passed early this morning, and with his passing, our music universe here in T&T got significantly smaller. Not necessarily because his recorded output would salvage the otherwise discarded memories of our islands’ music heritage, but because his passing signals a deflation of the idea that our creative industries will save us from the hell that is a post-COVID recovery. Zanda represented legacy, which in these isles is abandoned like a costume on Carnival Tuesday or a soca tune from a year before.

A scan of his album output shows a range of colourful album cover art. The sad fact is that Zanda’s recorded output was solely five albums over forty years: 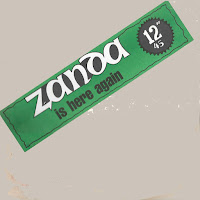 He also released a 12-inch 3-song EP, “Zanda is here again” in 1980. That’s it. A legacy for the ages is counted in 50 tunes on 5 albums and a maxi-single. But as we know, legacy in this place can’t be counted in quantity. Quality over quantity!

We have to secure our own legacy by counting the true impact of an icon. We like competitions, we like winners, we dismiss journeymen and we miss the big picture. Zanda was an improviser whose live performance output was a creation of a new impression every time he sat behind a piano. He represented innovation and as such he and his music were positioned, even after a career of 60-plus years, to make a breakthrough in a sense into the segmented but richly rewarding world of the global music marketplace in search of quality over quantity.

He filled our lives with the joy of engagement with greatness. He carved a space for our innate understanding of the possibilities of the New World African and his music. He blended us, “kaiso,” with our northern cousins, “jazz.” He married expanded harmony and native rhythms in way that made our calypso more than a song with words, but a reimagined sensation for the brain, the ears, the hips. A novel way of feeling, hearing and being. One can feel the "Fancy Sailor" dance down the street, one can hear the "Chip Down" the road, one can see the "Yard Fowl" walking in the backyard, and be a part of these scenarios. Zanda’s music can do that. He was developing audiences here and there. But he could only go so far.

Our music ecosystem for the consumption and commercialization of music was not enough, much like it was not enough for those pioneering writers who moved from the periphery to the centre in the time of colony: Edgar Mittelhölzer, Samuel Selvon, George Lamming, John Hearne and VS Naipaul. What if he stayed in the UK after graduating from architecture school and developed this new music there? What if he and Scofield Pilgrim never met in a QRC jazz club classroom here?

We make legacy by defining what our icons do, and I say Clive Zanda is to Caribbean jazz what Antonio Carlos Jobim is to bossa nova. Scale is relative, scope is grand. It was not a solo effort at sounding a pan in jazz, or cutting a pathway for two generations of musicians that followed — dozens and too many to name here — in the Caribbean who chauvinistically call their music “jazz” while American critics would want to label it “World Music.” If there is a pantheon of this music we celebrate and enjoy annually in dry-season couture splendour on the Greens and elsewhere, Zanda is the figurehead that continues to define our enjoyment. The consequence of improvised joy. 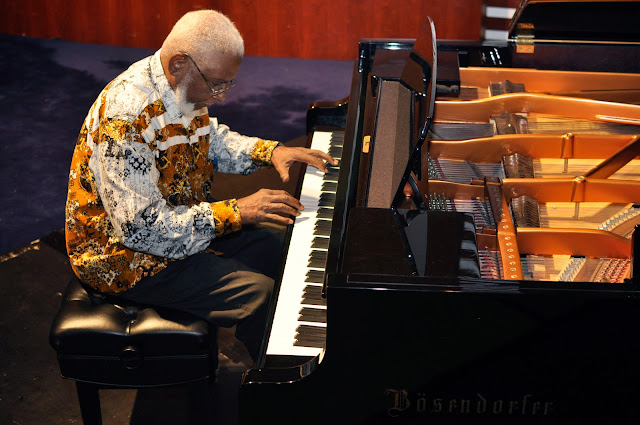 I always get these notices of the passing of local jazz icons very early in the morning. Dave Marcellin in 2011, Raf Robertson in 2015, at 2:00 a.m. and 4:00 a.m. in the morning, respectively. Now, Clive Zanda’s passing was posted online at 2:00 a.m. All pianists, all moving the music forward to places we as an audience had not ventured to as yet. Yet, we all know that we are better for that music. The legacy of the man and his music are secure. Rest in peace Clive Zanda.