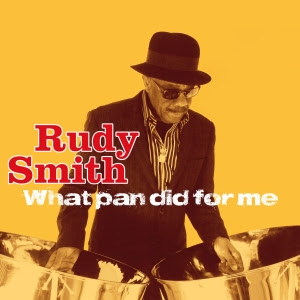 Rudy Smith is a pioneering musician who, in the early 1970s, put the steelpan front and centre in  jazz recordings before just about anybody else, and has never looked back since. A legend in this native Trinidad, and living in Denmark for many years now, Smith on this compilation album showcases the instrument as a subtle lead voice. Calypso, jazz and steel have forged music for listening. Veering towards bebop as the signifier of jazz, Smith used the steelpan to great acclaim in Scandinavia and throughout Europe, after migrating there in the 1960s. The answer to the question implied in the album’s title, What pan did for me, is that it provided a tool for a long music career for Smith and placed the instrument into the consciousness of European audiences of jazz, World music and popular music as more than an accompaniment for island ditties. This career-spanning collection is a great indication of his worth.


More reviews reviews appear in the December 2015 issue of Jazz in the Islands magazine.