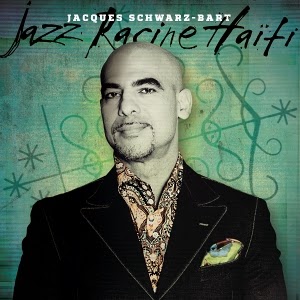 Guadeloupean tenor saxophonist Jacques Schwarz-Bart, as a child heard Haitian vodou ritual songs played by his mother and celebrated author, Simone Schwarz-Bart, as a soundtrack to their life of literary idyll in the Caribbean. That memory of the music, and his own yearning to create jazz that is reflective of his French-Caribbean heritage propelled Schwarz-Bart to first perform and later, to record Jazz Racine Haïti as a document of the spiritual journey beyond Haiti all the way back to Africa. To re-arrange vodou music for this band featuring jazz musicians and two houngans (vodou priests) was an exercise to engage with the greatness of this music. “That dialogue with silence [music] creates a doorway to the unknown.” “Legba Nan Baye” fuses, in real time, ritual music and jazz, voice and tenor sax. African-Caribbean grooves that drive this music beyond spirituality achieve a synergy where modern jazz and vodou are one. 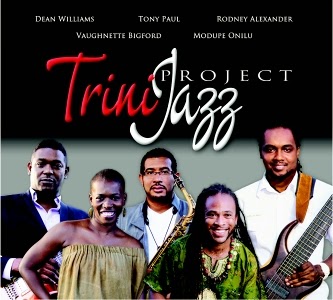 Michael “Ming “ Low Chew Tung is the architect of 21st century jazz recording and performance in Trinidad and Tobago, following on from mentors like Clive Zanda and Mike Boothman, prolifically producing original music to add to the local canon. Now, he acts as mentor and producer for a new generation of young jazz musicians and singers with a new CD, TriniJazz Project. Polished arrangements and smooth jazz elements shouldn’t suggest any sell-out to the aesthetics of Caribbean luxe tourism or middlebrow leisure culture, but in the hands of the players, Tony Paul (sax), Rodney Alexander (bass), Modupe Onilu (percussion), Dean Williams (guitar) and smoky voiced chanteuse Vaughnette Bigford these ten tunes are a celebration of how we sing, dance and live in these islands. The reframed calypsoes of Bigford, the rhythmic pulse of Onilu, and the improvised joy by the others say “trinijazz” is the definition of accomplished.