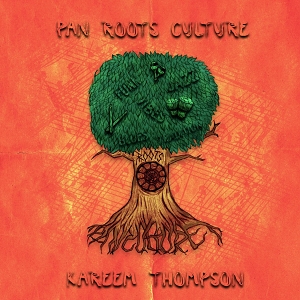 Brooklyn-born pannist Kareem Thompson revels in his Trinidadian heritage on his debut album as a leader away from his band K.I.T. Caribbean Connection, fully exploring more complex jazz harmonies. The continued fusion of Caribbean rhythms and melodic phrases makes the listener recognise Thompson’s roots, and he has not strayed too far from those early cultural influences. The title track with its percussive voicing gives credence to the idea that steelpan jazz is wide open to further evolution, as those sonic cues that define the sub-genre are subtly pushed aside for an exploration of the broader range of harmonies and rhythms. “The Sun Will Shine Today” is a standout track that has the players on this album skilfully soloing. With five out of seven tracks composed by Thompson, this album is a showcase for a rising talent in pan jazz, hopeful to maintain the Caribbean variation of jazz music in the Americas. 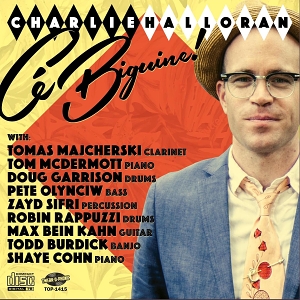 This album represents, in the twenty-first century, a kind of harking back to the music and technology of a bygone era. New Orleans trombonist Charlie Halloran and his band have recorded an album of orchestrated biguine — the music of the French Antilles created in the early twentieth century as a creole stew of Afro-Caribbean and European musical tropes — straight to 78 rpm acetate disc master, to create a modern artefact of music history. Pops and clicks like an old vinyl record give this recording a nostalgic ambience, while the music has a quality that makes you want to grab a partner and dance the night away under tropical stars. It eschews the kitsch of 1950s American tourist views of the Antilles as a playground, for a re-awakening of the musical distinctiveness and inventiveness of the creole musician. Novelty aside, this album is a keepsake for listeners wanting to understand the Caribbean’s role in the evolution of jazz. Jazz, then and now, is rewarded. 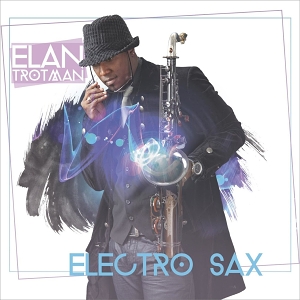 Bajan saxman Elan Trotman keeps churning out new albums at a rapid pace, as if to suggest the uptake of his new music is effective and guaranteed to be popular. With this, his seventh full-length album since 2001, he keeps evolving his style around his smooth jazz base to eke out new niches. Utilising the electronic dance music drum elements so popular in recent times, Electro Sax redefines what is possible with Caribbean music. Aware that this album will “definitely ruffle feathers” for its modern production aesthetic — he assembled a creative team of up-and-coming producers, all Berklee College of Music alumni: Spardakis, P-Nut, Dr O, and Da Troof — Trotman is persevering in his push to promote the tropicality elements along with just great music for dancing. Debut single “Island Gyal” percolates with a sexy reggae vibe, keeping hope alive that this experiment in EDM fusion remains grounded in his Bajan roots.