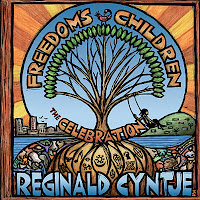 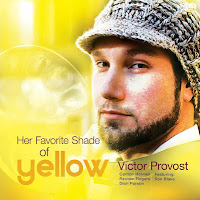 
These two Virgin islanders, one using a western canonical instrument, the trombone, to create island inspired jazz whilst the other, using an "island instrument" to interpret bebop make for an interesting comparison. Reginald and Victor were reared in Saint Thomas and Saint John  respectively (Reginald was born in Dominica and moved to St. Thomas at 2 months), and the institutions and educational influences there in the 1980s may have played a part in their decision to play jazz as opposed to say soca, calypso or other imported pan-Caribbean music style. The social environment in the USVI with its heavy emphasis on American tourism relegates jazz in America's Caribbean Paradise as accompaniment for "Caribbean warmth, both the weather and the people" as one blurb states. As Warren Pinckney said elsewhere, "In the U.S. Virgin Islands, jazz has historically been an economic component of the considerable tourist industry upon which to a large extent the country's economy depends." This combination of education and economic influences, plus the unique relationship between St. Thomas and St. John, as opposed to St. Croix piqued my interest, and allows me to combine the reviews of these fine musicians.

Reginald describes his album "Freedom's Children" thus: "This CD will paint a colorful musical landscape that will take you from drinking your favorite wine at an elegant jazz club to enjoying a refreshing daiquiri on a beautiful Caribbean beach." This blurb coincides with the research of Pinckney, and foretells the mindset of this trombonist, and his marketing strategy. The metaphor of the Caribbean, "as a place to flee...seriousness" as so eloquently described by Derek Walcott is mirrored in Reginald's self-description of this CD. Elsewhere, Reginald elucidates on the CD's theme: "After the parade of innocence passes, the roller coaster of life begins." That juxtaposition of carefree whimsy with deep analysis and substance can be a theme of the overall effect of this CD on this listener. This CD has music for dancing, for celebrating, for remembering elegance and pride in our Caribbean glory.

Trinidadian trumpeter Etienne Charles once told me, "Calypso is one of the ways we celebrate freedom, Jazz is another...and my one rule is that there are no rules...that's freedom." Freedom's Children is Caribbean Jazz! Reginald incorporates Virgin Island melodies, traditions and rhythms and weaves a musical statement closer to his expanded thesis than his marketing cliché. Rather than being a pastiche of anything-goes island vibes, the musicianship and sonic ideas by Reginald and his band of USVI expat musicians feed into a trend of re-charting the ruins of lost cultural memories. World fusion experiments have had a storied history in the jazz canon and industry, but listeners with ears turned toward the tropical latitudes would not be indifferent at the trombone's rise as a musical voice in the Caribbean, jazz precedence notwithstanding.


Victor's website posits that, "[he] is one of a handful of pan players in the world who have incorporated a Bebop foundation into his playing, and arguably, the only one who has expounded on that vocabulary with a modern sensibility and style." We may beg to differ on the hyperbole, and I am sure Annise Hadeed and Rudy Smith may have something to say about that. I can attest that he does understand the bebop fundamentals and the sound of the pan in the milieu of a swinging bebop band is refreshing in the current landscape of post-bop, pseudo-jazz dominance.

"Her Favorite Shade of Yellow" wanders through the field of jazz standards, placing the steelpan in the centre of a conversation heretofore reserved for other instruments of the jazz big band. Once a jazzman gets his hands on a traditional instrument, it is forever changed; the trumpet, saxophone, and piano will never be narrowly assessed as instruments of the western classical canon. His technique is strong, the improvisation interesting and informed, and the assuredness of the self-composed title tune, places Victor immediately into the upper echelons of the pannist's pantheon both in the Caribbean, specifically Trinidad and Tobago, and in the US. This is a worthy purchase that highlights the evolution of the steel drum from jangly rhythm maker in post WWII Trinidad to lead instrument on a growing number of CDs produced here in the Caribbean and importantly, in the US, both as a signifier of a Caribbean ethos and as melodic charmer with range and tone to embrace varied musical styles.

This CD, however, illustrates frustratingly to me that our Trinidadian pannists are not recording music, of quality and with frequency, to make the sound of the steelpan more universal. A sad fact, for this listener is that the most prolific steelpan recording artist is an American. Victor and other US pannists like Jonathan Scales are challenging the sound of the pan in "non-traditional styles", and in so doing creating new ears which will have a critical commercial role in identifying the steelpan sound in the marketplace. The Panorama tune, while effectively composed for orchestra, is never treated as a piece for interpretation by ensembles smaller than large orchestras.

This pair of musicians should be rewarded by commercial validation for their respective appreciation of Caribbean-ness despite the cynicism of the regional politician or metropolitan critic. Their journeys, though similar in one sense, have taken the idea of Caribbean Jazz from different perspectives by instrument choice and jazz sensibility to this point. Andre Tanker's "Forward Home" has lyrics that speak to his sojourn in the US thus:


I went away
I leave and I come back home
I come back to stay
I must see meh way.

The spiritual return to "come back to stay" is a commonality of Caribbean artists who have made it in the metropole. Fellow USVI ex-pats on the US mainland such as Dion Parson, Ron Blake and Reuben Rogers attest to the need to have their footprint in both locales; the US for enhanced education and financial opportunity, and the Caribbean for influence and cultural validation. Like fellow USVI expat, Sonny Rollins a generation or two before, the mainstream serves as a platform for Caribbean innovation within limits offered by an influencing audience. These two Saints have really come marching in. Reginald and Victor continue the tradition of the many music merchants from the islands before. We look for wider availability of their product in CD form here as we celebrate.