The era of the sampled and interpolated song is a memory, with Kernal Roberts giving us songs influenced by Enya, A-Ha, Cyndi Lauper disguised as soca anthems, but the shelf life of a trend in TT is, luckily for us, short. Riddims, a staple of Jamaican dancehall and reggae since the 1980s, have taken a hold with a vengeance in recent years here. There is a built-in premise by this action of multiple voicings that the song structure would be secondary to the lyrics; a motivator for movement, the flow or "riding di riddim" being the audience differentiator. In essence, you go to the marketplace and offer up the tracks, and like most things in nature, one rises to the top, and succeeds. Words and performance are key. So to enrich the market with quantity, the current trend is to copy and hope. The jokeyness of one riddim with three separate singers in a Soca Monarch final is a possibility as we look for a winner! 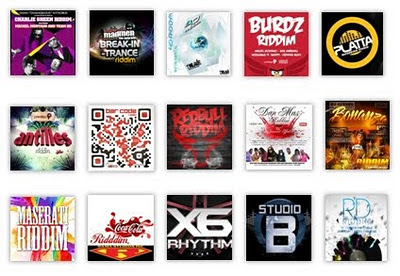 I did a cursory compilation of riddims published for the soca season to get a handle on the growing phenomenon. I've identified at least two dozen riddims with over 100 songs produced. The definition of a season has changed, happily, over the years as soca singers can now rely on a season, if Trinidad and Tobago is the anchor, lasting from Boxing Day until Miami Carnival the following October, with the globe as the stage for the many Carnival opportunities up the islands and in the metropolitan centres of the Caribbean diaspora on both sides of the Atlantic. Leftover riddims from Barbados and Vincy Carnivals are recycled for Trinidad and Tobago Carnival the following year with success. DJs, programmers and producers from Trinidad to Jamaica to Toronto are sound merchants offering an easy fix to music success for a number of unheralded soca singers.

Along with the increased opportunities for performance has come a refinement of the business model for getting paid. I note that the producers will create a riddim, and like modern creative entrepreneurs, have the option of selling or "licensing" an exclusive riddim or "sharing" with a number of artistes, I assume with the concomitant price variable. The compilation of tracks is made available for free download on various websites and blogs with ID3 tag data and artwork for DJs. This distribution system tells me that the goal after collecting "a change" from the artistes is to get the tracks into the hands of many with the future performance and copyright royalties playing a large part in the revenue profile. The situation in Trinidad and Tobago, where one can get entertainment like the latest Hollywood movie on bootleg DVD on the roadside or an air-conditioned store for $10.00 has created the environment where music is no longer a viable tangible commodity for sale in CD form to where the intangible of royalty calculations from radio airplay and performance dominate. The customer is no longer king for the producer, but the radio programmer and fete promoter.

The season has just begun with a vengeance after last year's 100 day plus curfew and state of emergency. Back in 1991 when the 1990 coup attempt left us with an interminable curfew situation, Superblue unleashed the mother-of-all-soca-anthems Get Something and Wave, and I say, we have never been the same since. Freedom unleashed Pelham Goddard's magic with Austin Lyons' songwriting to glorious results. Some say it was the golden age of soca. We no longer listened, we just waved. Artistes and producers in the latter part of 2011 would have been almost finished production on 2012 offerings, but Machel's promise to release 30 tunes to coincide with his 30th anniversary in the business of live performance could see a surge of new energy. All the other major soca stars, Bunji, Kes, Kerwin Dubois, are killing it with riddim songs. And we, the audience have two selections to make, who has the better riddim, and who is better in the riddim; more wuk, less pain. Now we listen while we wave. Two dozen options for music, 100 options for complete songs, and more to come, I eagerly wait to see what the riddim rage portends for the future of songwriting and the possibility of greater penetration into international markets.